as 2010 gently moves to a close, we would like to provide you with updates relating to RareNoiseRecords‘ 2011 release schedule.

Early January (UK and Italy) and April (US) will see the release of Asiento by Animation here featuring Bob Belden on Sax, Tim Hagans (photo by Robert Abel) on trumpet, Scott Kinsey on keyboards, DJ Logic on turntables, Matt Garrison on bass and Guy Licata on drums

as they produce a re-synthesis of Miles Davis’ Bitches Brew. The release (CD and bonus DVD) is a re-edit of Animation’s live performance at Merkin Hall, New York in 2006.

At about the same time we will be releasing The Night Stays by OWLS.

OWLS is Tony Wakeford (of Sol Invictus), Eraldo Bernocchi and Lorenzo Esposito Fornasari, as they provide a twist on english Neo-folk, by layering it with swathes of electronica and vocal distortion.

The Mantra Above The Spotless Melt Moon will release a new EP with the soundtrack to a short film by director Marc-Henry Ellegaard featuring Charles Dance. Work on their new album, to appear in Q3 2011 is well on its way.

Italian dubmaster Ashtech will hit the air with his first new full-length recording after Walkin’Target (Interchill 2007).

We will keep you posted as things develop. 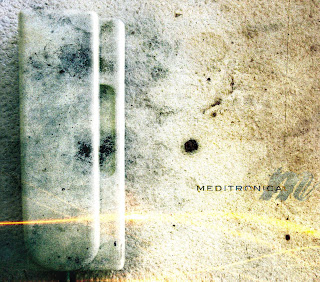 “Meditronica” by Ashtech and Polcari, produced by Ashtech and featuring the collaboration of Eraldo Bernocchi, Raiz, Dub Gabriel has been released today (June 15th 2009) to the world as digital download.

You may download it from Itunes, Emusic, Rhapsody, Napster and all of the major digital retailers.

If you wish to buy the CD version of the album you will have to wait until June 22nd, when it will be made available from the e-commerce website of RareNoiseRecords
(www.rarenoiserecords.com)

The full RareNoiseRecords website will go live on Thursday 18th of June.

And you will hear it coming!
Our first release will be Meditronica, a project sitting at the crossroads of dub and electronica, by Ashtech and Paolo Polcari of Almamegretta. They are joined by former Almamegretta singer Raiz, by electronic producer and guitar player Eraldo Bernocchi and by San Francisco dubmaster Dub Gabriel.
The name “Meditronica” arises from the juxtaposition of “Mediterranean” and “Electronica” – representing the roots of the project.

Album out in March 2009 on Rare Noise label.